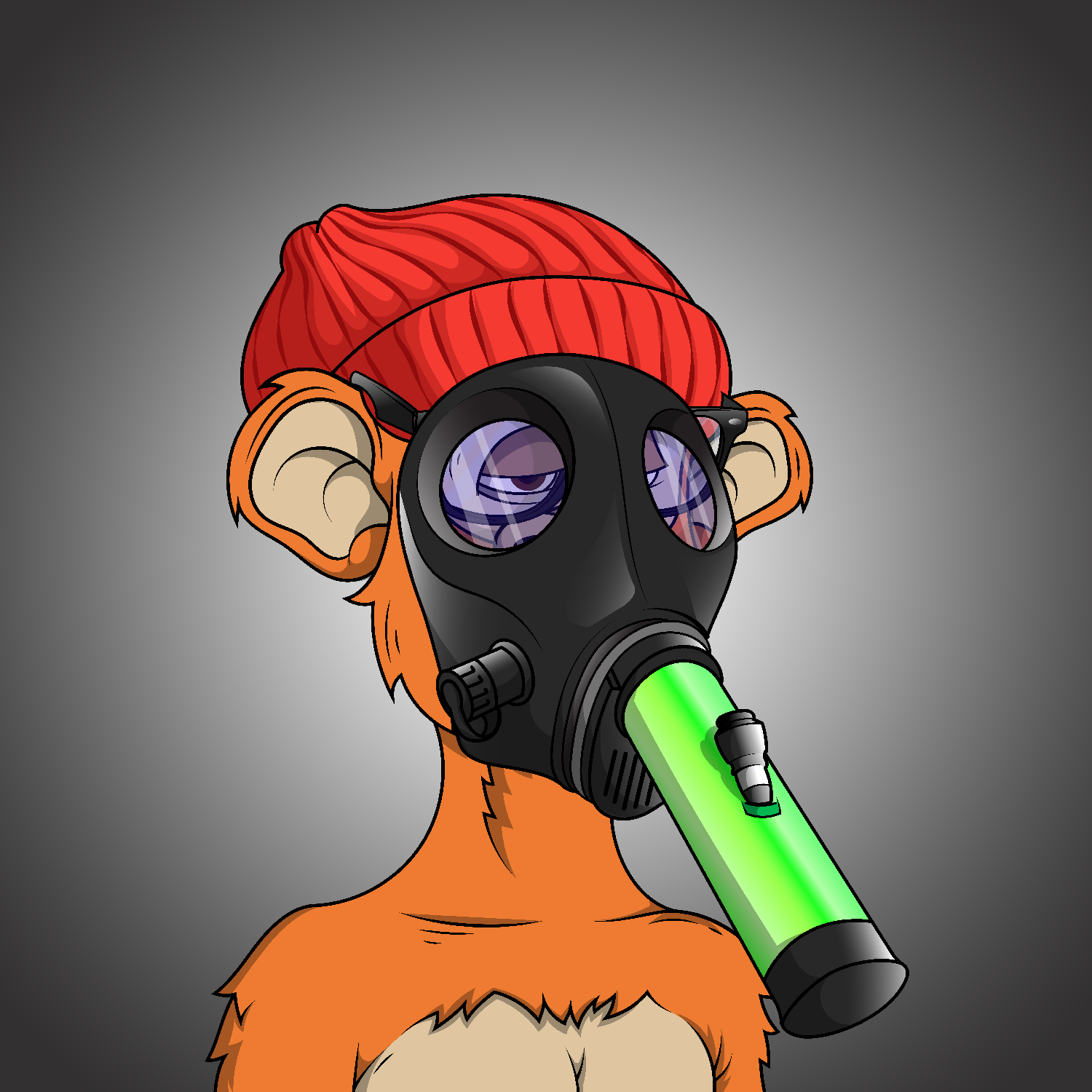 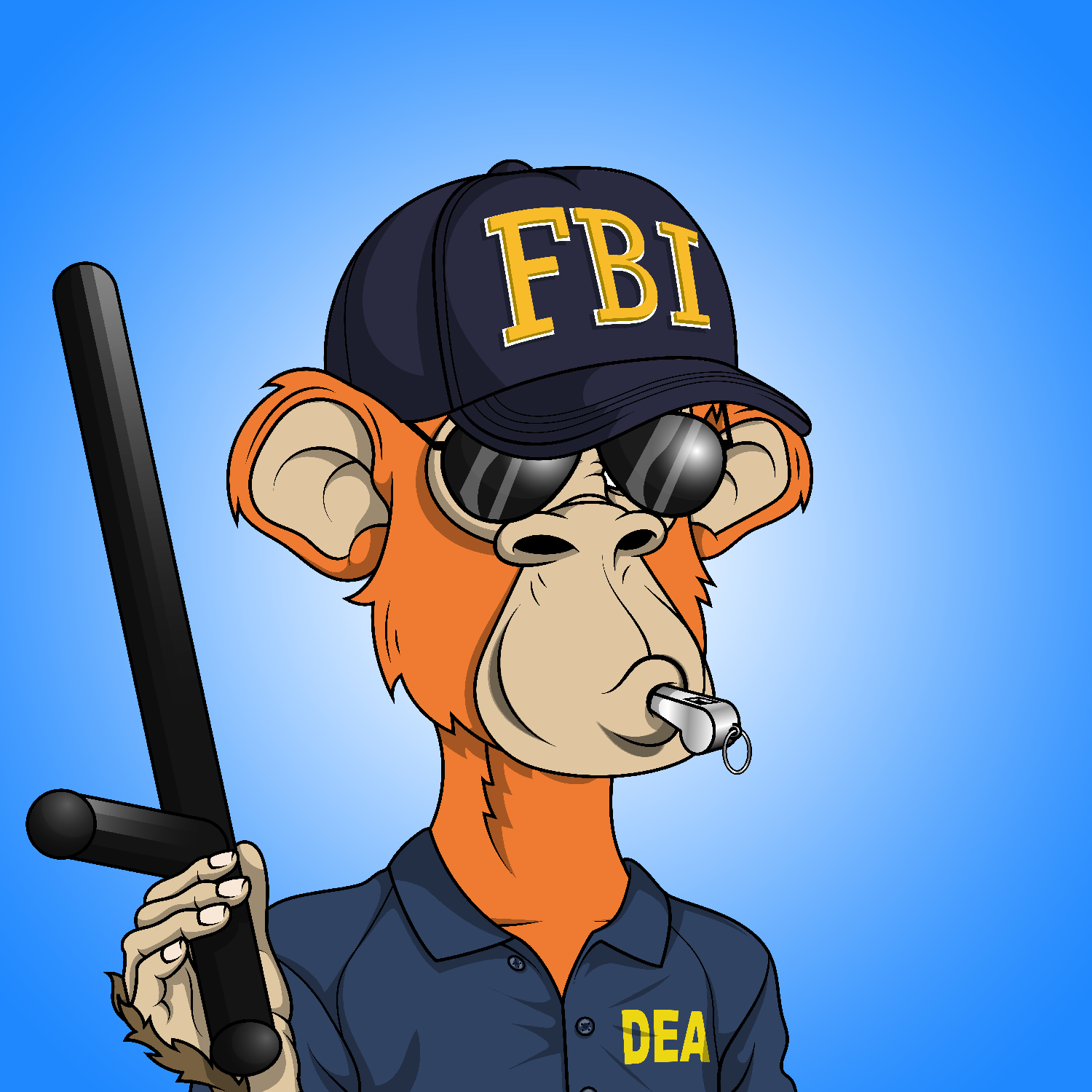 In a metaverse nearby Cannabis has been made illegal to the point where the only way to obtain some quality kush is to risk it all and grow it yourself. These brave Stoned Apes are passionate in growing and smoking cannabis, so they built secret grow houses and are growing $TOKE daily. In the hopes of having plentiful weed to smoke and cash to stash away.

However, the Federal Apes are on the chase, they know how precious $TOKE is, and behind the shield of the law, they are dipping their Filthy Ape hands into the stash. The Feds come by with warrants to search the Stoned Apes, and if the Stoned Ape is trying to sell their $TOKE, they can't do so freely without getting hit by a 20% Tax.

Harvesting $TOKE from the grow op is not child's play – Stoned Apes need to be on constant alert for the Feds, who are trying to confiscate their $TOKE at every chance. The Feds are so crafty that they can arrest new Stoned Apes looking to join the Grow operation, or bring in more cops from the task force.

Stoned Apes have a choice, get a guaranteed yield of 80% of their $TOKE they have grown. Or risk escaping into the night without paying the tax. If they do so, there's a coin flip chance they lose all their harvested $TOKE.

The Cannabis game is brutal, but there’s whole lot of precious green $TOKE to be made…

Stoned Apes vs Federal Apes is a NFT game based on the popular wolf.game, that combines the concept of staking NFT’s and a risk mechanic. We’ve also included a few more fun bits that offer you additional ways to reduce risks.

You have a 90% chance of minting a Stoned Ape, each with unique traits. Here are the actions they can take:

Action
Effect
Risk
Start Grow Op (Stake)
Accumulate 10,000 $TOKE a day (prorated to the second)
No risk
Harvest
Receive 80% of $TOKE earned from your Stoned Ape
Fed Apes take a bribe of 20% on the harvested $TOKE in return for not raiding the grow house.
Taxed $TOKE is split among all the Feds currently staked in the squadron, proportional to their Authority ranks.
Abandon Grow
Receive 100% of $TOKE earned on your Stoned Ape. And all of the $TOKE is harvested directly to your wallet.

(Unstaking without claiming to try to avoid taxes)
There is a 50% chance that the Feds catch the Stoned Apes, and you lose ALL of $TOKE being cashed out.
The $TOKE is distributed to all of the Feds currently staked in the Task Force.

Action
EVENT
RISK FACTOR
Mint a new Ape ( Stoned or Fed) using $TOKE
There is a 10% chance that you mint a Fed
10% chance that the newly minted Stoned Ape or Fed is going to be captured by a staked Fed*.
*Each Fed’s chance of success is proportional to their Rank.

With Rank Descending, ( Rank 1 Being the Highest authority)

Only staked on the Task Force Feds are able to arrest ( steal) a Stoned Ape (or newly minted Fed) or earn the $TOKE tax.

Let's get high together, and come up with the best functions to upgrade protection for the Stoned Apes, or boost authority for the Federal Apes. We can have a smoke session to get the creative juices going.

After that, we'll hold a community vote and narrow the best ideas and see if our development team can add it to the game!